The New NTA (Notice to Appear) And What it Means | Gardi & Haught, Ltd. 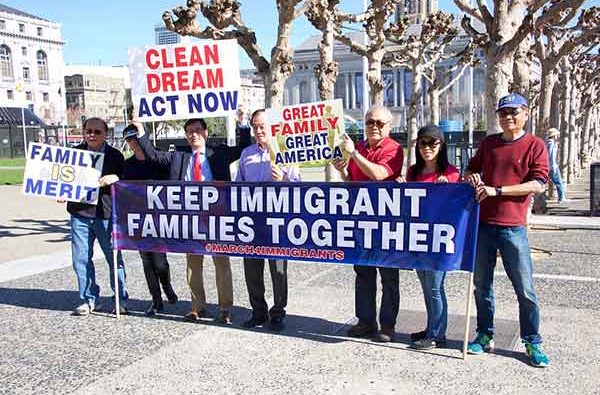 The New NTA (Notice to Appear) And What it Means

The New NTA (Notice to Appear) And What it Means

Certain non-immigrant aliens seeking to adjust their status may be in jeopardy of receiving an NTA (Notice to Appear- form I-862), which signals the beginning of removal proceedings from the U.S. and requires them to appear in Immigration Court.

Recently, the United States Citizenship and Immigration Service (USCIS) issued an update to their Notice to Appear guidance that will increase the number of NTAs issued by USCIS.  Unfortunately, this new guidance will most likely place thousands of individuals into the immigration court system who by any reasonable standard do not belong there.  That is because the guidance is based on the false assumption that every person who is denied an immigration benefit and is without lawful status at the time of denial will continue to remain unlawfully in the United States.  However, this assumption is contradicted by DHS’s own data; in 2016, more than 98.9 percent of the 50 million nonimmigrants that entered the United States left on time and followed the terms of their admission.

The “Updated Guidance for the Referral of Cases and Issuance of Notices to Appear in Cases Involving Inadmissible and Deportable Aliens, ” was dated June 28, 2018 and issued on July 5, 2018. The guidance will primarily affect families and students who have been denied their form  I-485 (Application to Register Permanent Residence or Adjust Status)  or  I-539 (Application To Extend/Change Nonimmigrant Status) by USCIS.

Past and Present NTA Changes

Until the recent change in policy, about 88% of all NTAs were issued by the CBP (Custom & Border Patrol) and ICE (Immigration and Custom Enforcement). Prior to 2002, all immigration matters including adjudication of benefits and enforcement proceedings were all administered by one organization, Immigration and Naturalization Services (INS).  Post 9/11 there was a push to create an organization that would divide these responsibilities and the Department of Homeland Security (DHS) was formed.  DHS was divided into three separate entities, USCIS, CBP and ICE.  USCIS was tasked with adjudication of benefits while ICE and CBP were responsible for the enforcement of immigration laws.

Before the new guidance, the USCIS typically only issued NTA in Asylum cases where there was a “credible fear” found, (the individual could establish a “significant possibility” that he or she would be persecuted if returned to their home country) and the case was ready for adjudication by an immigration judge. In most other cases, USCIS would notify the applicant that their petition was denied and afford them the opportunity to depart the U.S. without any further consequence. If the applicant failed to vacate the country, the matter would be referred to ICE who would then prioritize cases based on prosecutorial discretion, taking into consideration national security, public safety and resources available.

Under the new policy, USCIS has been directed to issue an NTA on all cases that involve evidence of fraud, misrepresentation, abuse of public benefits or cases that involve criminal conduct, regardless of whether there was a conviction.  Therefore, USCIS does not refer these cases to ICE for enforcement, nor is the applicant afforded the opportunity to voluntarily vacate the U.S in a timely manner.  Additionally, USCIS has been direct to issue an NTA in naturalization cases that are denied based on lack of good moral character.

Penalties for Those Denied

Under the new policy there are very severe penalties for individuals that have had their applications denied, even in the case of technical or clerical errors.  Once an individual is issued notice to appear, they cannot simply ignore it and leave the country. If they do depart the U.S. without appearing in immigration court they will trigger a five (5) year ban on returning.  However, if they remain in the U.S. to wait for their court date, they will continue to accrue unlawful presence, which brings its own penalties. If an individual is unlawfully present in the U.S. for over 180 days, they are subject to a 3-year ban from returning to the country and if they are unlawfully present for over one year they are subject to a 10-year ban.  As such, the immigrant is in a lose-lose situation whether they leave the country or remain here to appear in court.

Immigration Courts and USCIS are already severely backlogged across the entire system and the new policy will only create further backlog. The USCIS’s plan to handle this is to increase filing fees to help fund the implementation of this new policy.

The change in NTA will most likely discourage people from applying for benefits they are entitled to receive for fear of possible enforcement penalties, increased costs, detention and deportation or worst of all, being barred from re-entry to the United States, which one can only surmise was the intended purpose of this policy.

With the landscape of immigration law in flux, it is now more important than ever to have a competent and experienced immigration attorney represent you in your immigration matters. Working together, we can help you avoid any undue hardship from this new enforcement policy.  Contact us today to discuss your case or fill out our free case evaluation form below.