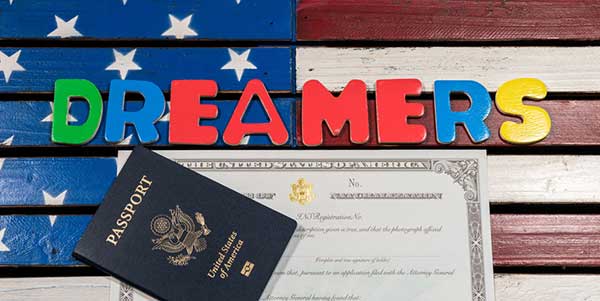 Immigration has been a hot political issue in recent years, especially for the Dreamers, or those who came into the United States as underage children of immigrants and who continued to live and work here, all while remaining as citizens of another country.

The Deferred Action for Childhood Arrivals (DACA), was ordered by former President Barack Obama to offer protection against deportation for undocumented Dreamers, including those who have obeyed the law and stayed in school or enlisted in the military. In 2017, the U.S. Department of Homeland Security (DHS) acting secretary sent a memo on behalf of President Donald Trump’s administration that rescinded DACA.

In June 2018, we wrote about a January 2018 case against DHS, which ruled that anyone who had DACA status when the program was rescinded could still renew it. President Trump’s challenges to that case then wound its way through the courts. Ultimately, the U.S. Supreme Court in June 2018 issued a 5-4 decision that found Trump’s termination of DACA was both judicially reviewable and done in an arbitrary and capricious manner that violated the Administrative Procedure Act.

While this was a win for DACA residents, the law was further boosted when President Joe Biden came into office in January. On his first day, Biden signed an Executive Memorandum “preserving and fortifying” DACA, as part of his overall immigration policy. Biden’s memorandum says that Dreamers need to “pass a background check to request temporary relief from removal and to apply for temporary work permits.”

Also, the memorandum says that “these immigrants should not be a priority for removal based on humanitarian concerns and other considerations, and that work authorization will enable them to support themselves and their families, and to contribute to our economy, while they remain.” If anyone is concerned about how DACA will affect you or a loved one, please contact our office to evaluate the situation and to help explain your options. We’re here to provide confidential legal guidance and support, regardless of your country of origin.