“Not everyone knows the full extent of their legal rights. It is critical to have the right representation to protect those rights and ensure that your privacy and freedoms are protected. Every time I enter the courtroom, my aim is to provide the strongest possible defense for my clients in order to shield them from unfair treatment and achieve a just outcome.” 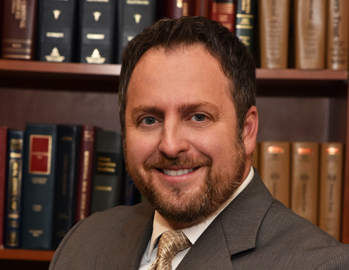 Martin is an experienced trial attorney with a broad base of experience in all aspects of criminal defense. Martin Lascola is Of Counsel to Gardi & Haught, Ltd. Entering his fourteenth year of practice, he began his career as a Cook County Assistant State’s Attorney under former Cook County State’s Attorney, Richard Devine.

Martin LaScola attended Marquette University where he received a Bachelor of Arts in both Political Science and Philosophy before attending the John Marshall Law School in Chicago, Illinois.

During his nearly 5 years as a State’s Attorney, Mr. LaScola prosecuted thousands of cases ranging from simple misdemeanor offenses to the most serious felony crimes. With a tremendous amount of trial experience under his belt, Mr. LaScola entered private practice in 2004, and over his career has taken hundreds of cases to trial and pre-trial hearing both as a prosecutor and defense attorney, and has successfully managed thousands of traffic and criminal files in that span of time. With a tremendous rate of success at trial, Martin brings this wealth of experience to you.

Mr. LaScola is well versed in all aspects of the criminal process often achieving successful negotiations with the opposition when a case is not recommended for trial. Mr. LaScola will work extremely hard to achieve the best outcome possible. Diligent and aggressive, you can trust that Mr. LaScola has explored every possible outcome and prepare you with all the necessary information before making any important decision in your case.

Mr. LaScola is a member of the Illinois State Bar Association, is admitted to practice law in the State courts throughout Illinois as well as the United States District Court for the Northern District of Illinois. Martin is recognized on AVVO as a featured attorney with a rating of Excellent.

Client charged by the Skokie Police Department with DUI. Due to his refusal to submit to breath testing he faced a 12 month license suspension. Mr. LaScola filed a challenge to the suspension early and when the first court date arrived, the Officer was not available. Because of the early filing, the State ran out of time for a continuance and the suspension was removed by Order of Court. Mr. LaScola took this case to trial, arguing that Defendant’s obesity was the primary cause of the Defendant’s failure of the administered field sobriety tests. The Judge agreed, and a Finding of NOT GUILTY was entered on the DUI!! Defendant was fined $35.00 + court costs and received Court Supervision on a seat belt violation.

Client charged with Aggravated Driving on Revoked License. Defendant faced imprisonment and possible loss of custody of his children. After successful negotiations with the prosecutors, and presentation of mitigating information, urged the State to amend the charge to a petty traffic offense of “Failure to carry license on person” and had a $100.00 fine + costs only. Defendant was able to continue on with his quest to regain his IL Driver’s License and not be delayed a year from re-application. He kept his job, maintained custody of his children, and today is driving on a valid driving permit. He will soon regain his full privileges back with a newly issued Illinois Driver’s License.

Prominent North Shore businessman charged with DUI for the second time. Facing suspension of privileges and a revocation of his license if convicted, Mr. LaScola tested the waters and challenged the impending license suspension at hearing. Mr. LaScola cross-examined the officer and sized up the credibility of the officer should the case proceed to trial. Mr. LaScola successfully dismantled the State’s case at this hearing causing the Judge to make a finding that “No Reasonable Grounds” existed for the DUI arrest. Armed with this ruling, Mr. LaScola set the case for trial. On the date of trial, the State considered the prior ruling of the Court and agreed to dismiss the DUI. A fine + costs only was negotiated on the accompanying speeding violation and all other charges were DISMISSED!

Defendant charged with DUI after being stopped by officers at 1:53 a.m. after blowing through a red light and making an illegal U-Turn. The Defendant refused a breathalyzer test after his arrest for DUI. Mr. LaScola took this case to a bench trial, and cross-examined the arresting officer’s administration of the Standardized Field sobriety tests. Mr. LaScola’s cross-examination of the Officer (particulary with respect to the Horizontal Gaze Nystagmus test) and closing arguments showed that the Village’s burden of proof had not been met. This resulted in a Finding of NOT GUILTY on the DUI. The client received Court Supervision of the red light violation and was only ordered to attend a traffic safety course.

Defendant, a successful businessman, charged with DUI. Our client travelled regularly to Canada for both business and for annual family fishing trips. The U.S. Canadian border patrol agents stiffened regulations (in recent years) for admission from the United States into Canada for those with serious traffic offenses, including summary suspensions related to DUI arrests. With mitigation letters and persuasive negotiations, Mr. LaScola fashioned a plea deal that removed the summary suspension entirely and had the DUI reduced to a Class B speeding ticket with Court Supervision and fines only. The client’s suspension was removed entirely, and no trace of DUI remained on his record. Defendant regularly travels to Canada both for business and pleasure and he returned to life as normal without the complications of a criminal record.

February 2012 – Lake County Criminal Court – Charge: Felony DUI (4th DUI) – People v. J.C.
Defendant, a father of two young children and business-owner, had an unfortunate history that involved three prior DUI convictions, and at least five prior DUI arrests. He was facing a mandatory 3 to 7 year penitentiary sentence. His performance on the field sobriety tests was extremely poor and had little chance of success at trial. After lengthy negotiations with the State, Mr. LaScola secured probation for this Defendant so he never spent a single day in the Illinois Department of Corrections. Had he gone to jail, our client would have lost his business and not seen his young children for at least a year. Our client maintained his job, his marriage, and was able to continue earning for his family.

Defendant, while travelling on I-94 struck another vehicle and was found by the State Police Troopers on the shoulder of the expressway with the other motorist. Defendant was reported to have an unsteady walk, slurred speech, and an odor of alcohol on her breath, and admitted to driving and causing the accident. The State Trooper had video equipment in her squad that had malfunctioned. Before the case was taken to trial, Mr. LaScola went to hearing in an effort to remove the suspension of our client’s license, pointing out a timing error on official documents prepared by the Trooper. Capitalizing on this mistake, the summary suspension of the clients driving privileges was rescinded. Before trial, Mr. LaScola kept the audio and compromised video portion of the tape from being introduced by the State. Ultimately, Mr. LaScola cross-examined the Trooper and achieved success at trial. Our client’s suspension was lifted, her license valid again, and she was found NOT GUILTY on all counts alleged against her.

Defendant, who was on Court Supervision in DuPage County, was arrested for DUI in Westchester. The prosecutors in DuPage county quickly filed a petition to revoke the Court Supervision. Mr. LaScola appeared for the client in DuPage and convinced the Court to continue the matter and withhold judgment until after a trial date could be heard on the Westchester DUI. Martin set the case for trial and the Fourth District Court in Maywood granted Mr. LaScola’s Motion For a Directed Finding. Defendant was then found NOT GUILTY of the DUI and the other traffic tickets as well. Upon return to DuPage County, the Court learned that our client was found NOT GUILTY on the charge that caused the violation of his sentence. The Court in DuPage kept our client’s original sentence intact and prevented a misdemeanor conviction!

Defendant was charged with Domestic Battery and Criminal Damage to Property. Defendant was accused of destroying a cellular phone owned by his girlfriend and pushing her down a stairwell during a domestic dispute. At trial, the alleged victim testified to a story riddled with inconsistency. Mr. LaScola capitalized on these testimonial errors, ultimately diffusing the State’s case. The female judge presiding found our client NOT GUILTY on all charges alleged against him. Also, the Order of Protection being sought against him was DENIED leaving our client with a clean criminal record!