“I’ve spent my entire career fighting for the rights of the injured against large corporations and insurance companies. Outside the courtroom it can feel like they have the advantage, but inside the courtroom we all stand on equal footing. It’s there that I’m not afraid to stand up and fight for where my clients have been wronged. I can’t imagine doing anything else.” 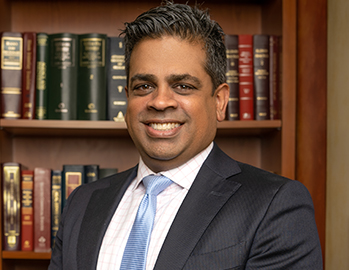 For over 20 years, Parag has been advocating for the rights of those injured due to all types of negligence as well as those injured on the job.  With over 30 jury verdicts to his name, he has successfully recovered millions of dollars for his clients. Parag joined Gardi, Haught, Fischer & Bhosale LTD in 2016 after over 10 years at top Chicago injury firms.  He brings his wealth of experience and contacts to Schaumburg, but continues to handle cases throughout the Chicagoland area. He makes his home in the Northwest Suburbs with his wife and two children.

Some of Parag’s recent representative awards and settlements include: 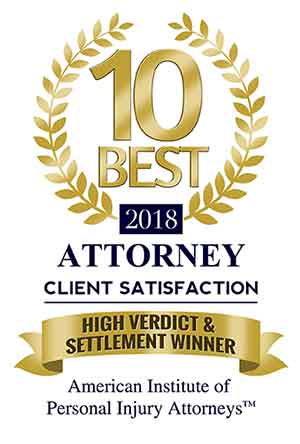 Parag graduated with honors in 2002 from the University of Miami School of Law.  He earned his undergraduate degree from Washington University in St. Louis, where he studied Political Science, Business, and Spanish.

Throughout his legal career, Parag has fought for the rights of those wrongfully injured at work and by the negligence of others. With over 30 jury trial verdicts, he has the experience that many attorneys claim but only few actually have. In addition to his jury trial experience, Parag has been successfully argued cases in Federal Court as well as the 1st and 2nd District Appellate Courts of Illinois. Parag handles cases in Cook, Lake, Will, DuPage, and Kane Counties.

Parag has been named as an “Emerging Lawyer” by Leading Lawyers, an honor bestowed upon the top 2% of attorneys in Illinois.  He routinely lectures before other attorneys, physicians, nurses, and union members at continuing education seminars and meetings. He also volunteers his time teaching inner-city youths through the Constitutional Rights Foundation of Chicago. He currently serves as Treasurer of the South Asian Bar Association’s Charitable Foundation, and is a former Vice President of the SABA Chicago Bar Association.  He is also an active member of the Illinois Trial Lawyer Association and the Workers’ Compensation Lawyers’ Association.